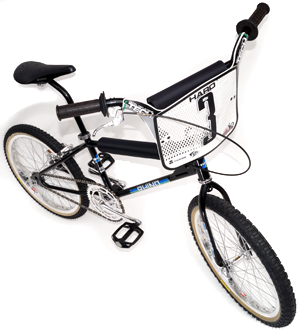 I found this Tioga Rhino (Tange Hot-Heart) in the basement of an old BMX shop in Uppsala 2013 that went out of business. It was chrome with red parts when I got it. I decided to go for a black theme instead, and I call it the “black rhino” because the animal rhino have got two different species; the “black rhino” and the “white rhino” (actually it’s “wide rhino” because of the wide nose). It’s been powder coated in black by Jesper R. Thanks mate!

I have got the black Kashimax MX seat from the swedish BMX legend Uffe Meijer.

Many of the original red anodized parts have been treated with chemicals to remove the red anodizing, then polished instead. Repop decals for headset, handlebar, hubs, rims and seatpost is bought from Retrospect in England.

I bought the reproduction Tioga frame & fork decals from Frog in France, but I will never order anything from him in the future. It took him 2,5 months to send the decals. Beware of him! 🙁

Parts marked with *** is original from when I bought the bike. 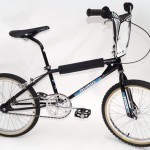 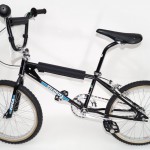 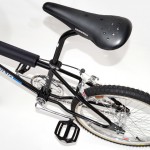 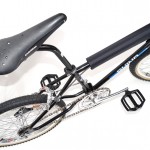 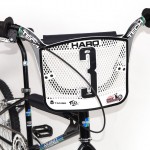 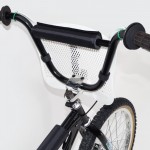 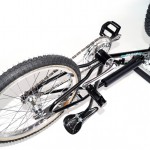 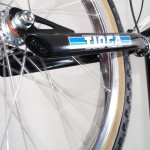 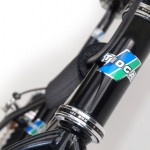 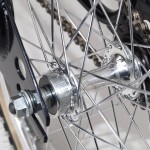 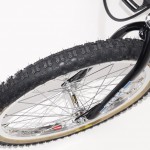 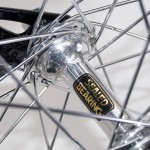 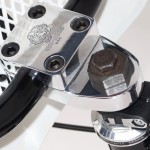 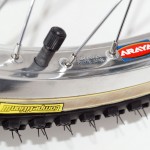 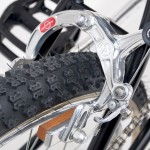 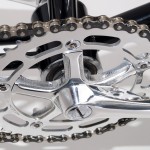 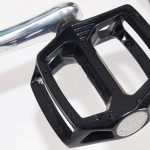 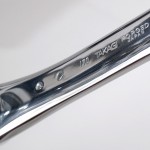 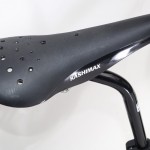 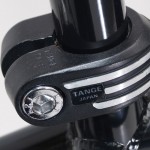 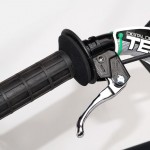 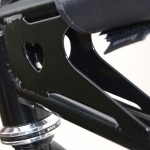 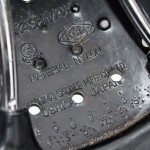 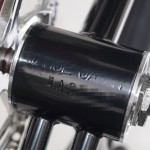